The Château de Vaux-le-Vicomte, greatest Historical Monument in France, is currently owned by the Vogüé. The domain has been in their family for 5 generations. 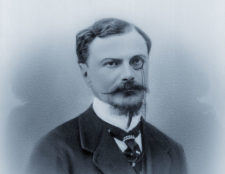 This industrialist purchased Vaux at auction in 1875 and launched the colossal task of restoring the abandoned estate to its former glory.  His son, Edme Sommier and his wife Germaine Casimir-Perier, pursued the mission, during all their lives. This task continues today under the stewardship of their grandson, Patrice de Vogüé, and his three sons, Jean-Charles, Alexandre and Ascanio.

Alfred Sommier’s great-grandson, Patrice de Vogüé opened the estate to the public in 1968.  He is a tireless advocate of 17th century decorative arts and regards his home as an example of their apex. His wife Cristina created a souvenir shop, considered one of the most beautiful château gift stores in France, and opened the restaurant le Relais de l’Ecureuil in 1985.

The Vogüé family also created a non-profit foundation, “L’Association des Amis de Vaux-le-Vicomte” in 1983 as a fundraising vehicle for the restoration and preservation of this world-class treasure.

In 2012, Jean-Charles and Alexandre de Vogüé followed in their father’s footsteps and took over the running of the domain, determined to increase its influence on the French and international cultural scene. Joined by their brother Ascanio in 2015, they thus become the fifth generation of their family to manage the domain.